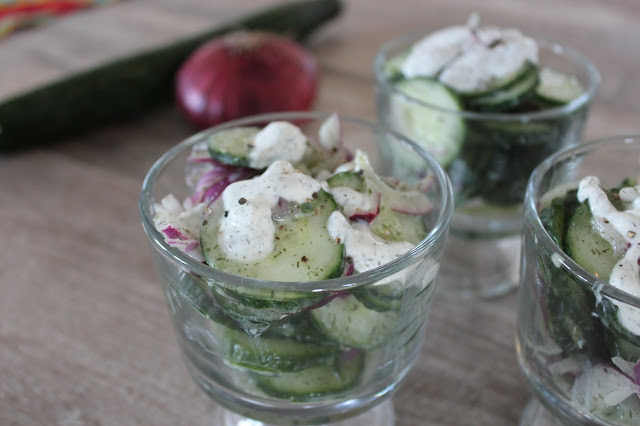 Since we have been talking about simple recipe ideas for summer, I thought I would share a simple side dish that goes perfectly with many of your favorite main dishes. I love cucumbers,  they are always so refreshing! After a day of being in the sun too much and not feeling real great my husband asked if he could make me a snack.  My husband is so sweet, but is not the type willing to spend an extended amount of time in the kitchen making anything complicated.  I knew we had some yummy English cucumbers in the fridge and that he would feel very accomplished making me such a refined snack as cucumber salad. He didn’t follow my directions to a “T” but I must say it turned out very nicely even though he used vanilla yogurt instead of plain;)  It’s the thought that counts! 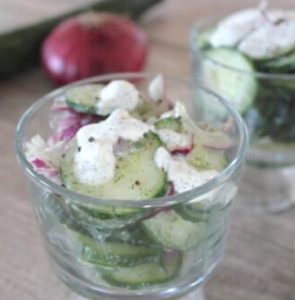 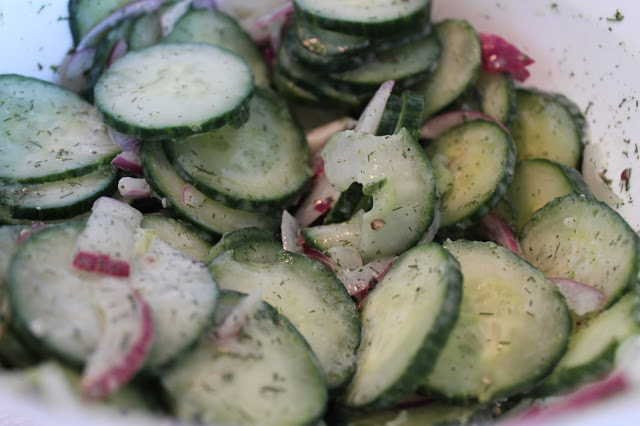 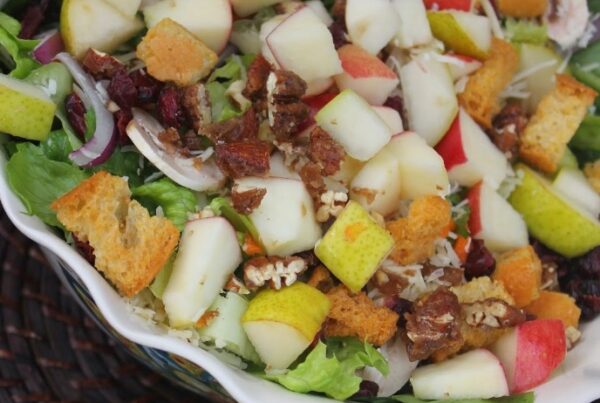 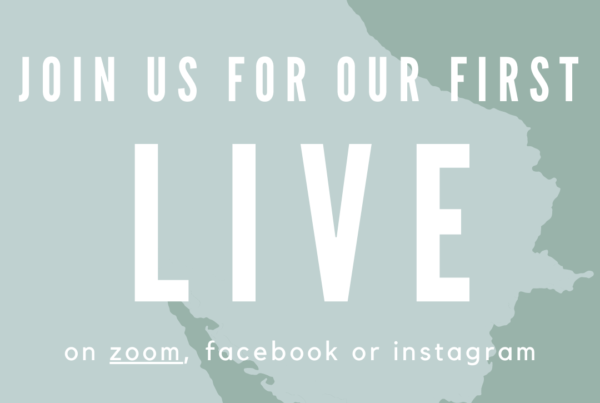 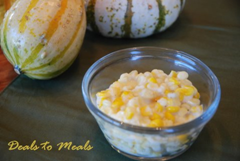