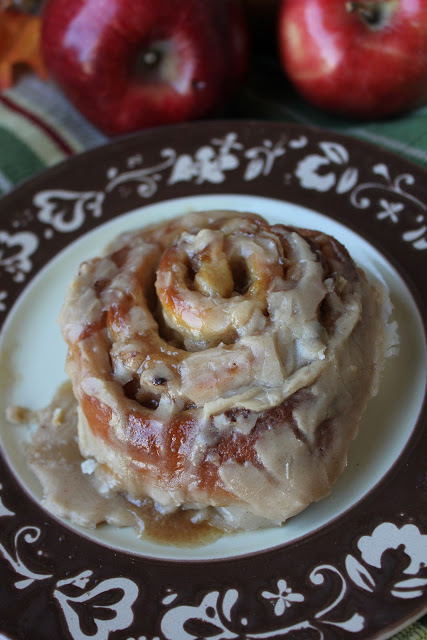 It is a toss up to me which flavor is more fall–pumpkin or apples. I think I equally love them both. The other day I wanted to create a cinnamon roll that used the caramel frosting from these amazing pumpkin cinnamon rolls, but turn the cinnamon roll into an apple-cinnamon twist. The finished product was something so, totally amazing I have been anxious to share this recipe with you all week. Now that apples are on sale and out in full swing, this would be the perfect week to make this recipe!

These cinnamon rolls were kind of like a mix between an apple fritter, an apple turnover and a apple pie. Mix those all together and you have a soft, airy, sweet, caramel filled cinnamon roll that will soon become your new favorite apple recipe!  These are not any harder to make than regular cinnamon rolls, so hunker down in your warm house for a few hours and your payoff will be a fabulous, fall treat! 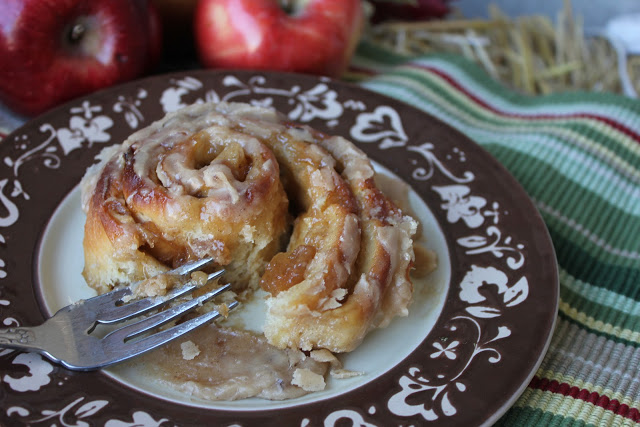 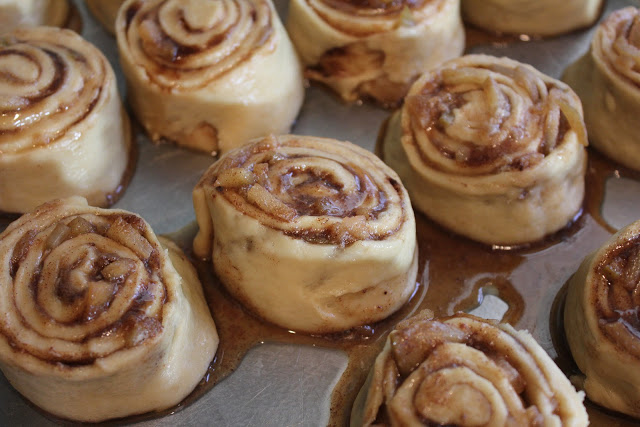 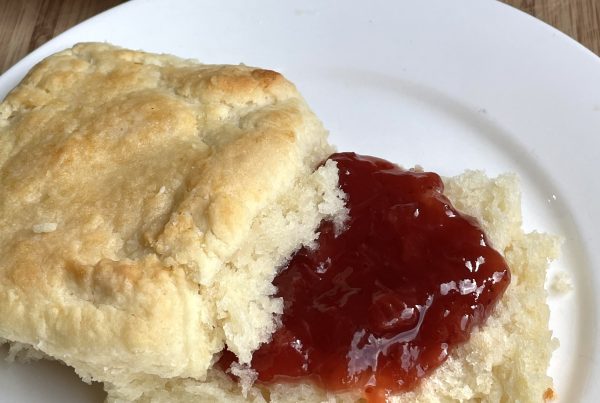 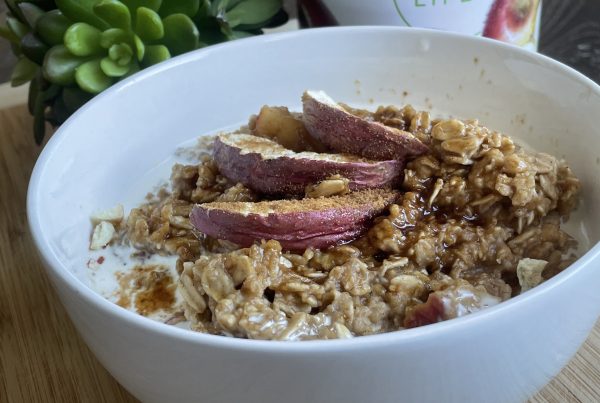 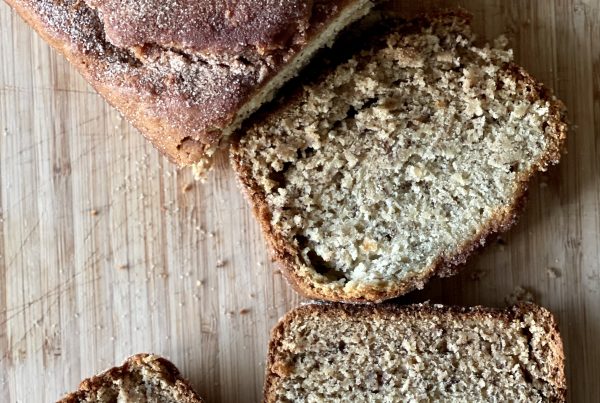